Callaway is known for producing quality clubs, and it’s always useful to compare a couple of them to see which each one can offer. In this instance, we will focus on two, and that means checking out the Epic Speed and the Epic Max.

Having the right driver in your bag is important. So, choosing between these two models will be interesting. With that in mind, let’s get comparing. 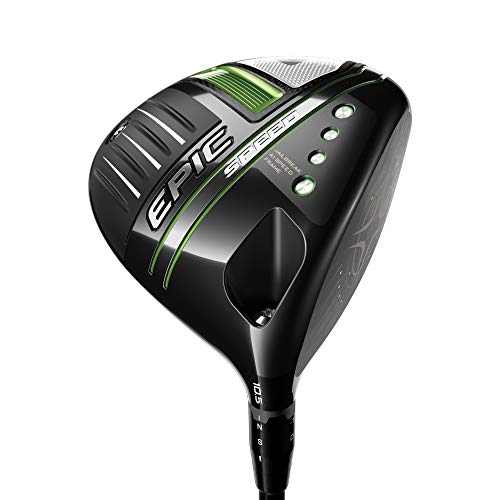 With the Epic Speed driver, what you get here is a driver that has multiple options regarding both loft angle and the shaft. However, that’s not the main focus of this club.

Instead, it deals with speed, and lots of it. If you struggle with speed in your shots, then the Epic Speed is certainly very well named. In fact, it’s going to make an impressive distance to what you can achieve off the tee.

You see, with this club, the weight is actually distributed pretty evenly throughout the club head. That is going to result in a lower ball flight, and that reduced trajectory will lead to you getting more distance.

Also, the club head itself has been designed with aerodynamics in mind, and that will make a huge difference to how it moves through the air with your swing.

The aim here is that drag is reduced, and with less drag comes more speed, and the smallest of differences in this area can result in a huge change in distance.

With this club, you get their thin flash face included, and that will reduce the energy lost when you come to address the ball. The jailbreak technology is then designed to give stability to the shot, and that will then increase the consistency you should be looking for.

Thanks in part to the aerodynamics, you will notice a huge difference when it comes to the swing. This club flows through the air, and you won’t feel as if you are fighting against anything.

A smooth swing will always lead to a better connection. You stand a better chance of addressing the ball square on, which then means reduced chances of a mishit.

But as this is all about speed, it makes sense as to why Callaway has used a triaxal carbon crown in their driver. It reduces the weight, and even a slight difference in weight will lead to a significant increase in the power you can produce through the swing.

However, that’s not everything.

The balance of the club also allows for an easier swing motion, and then there’s a huge sweet spot designed to allow you to simply let rip with your swing knowing the club is there backing you up.

Overall, this club is all about speed. It focuses more on helping those individuals with a slower swing speed to stop you from losing out on some distance with your shots. 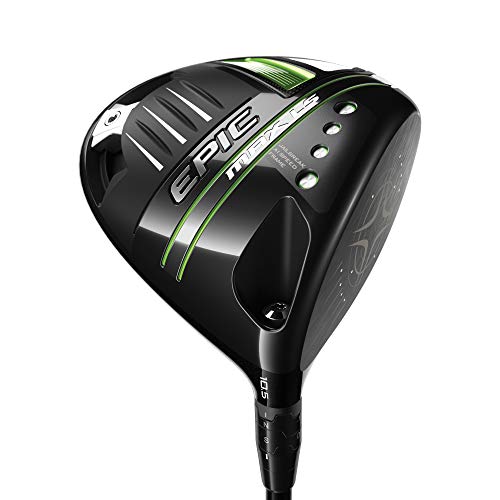 This club is slightly different from the Epic Speed as it has more focus on control and consistency in the shot rather than the speed aspect. For that reason alone, this club is aimed more at the mid to low handicap player who is capable of playing around with their shots.

However, just because it doesn’t come with an emphasis on speed doesn’t mean it won’t have an impact in that manner. It still contains speed technology to reduce the energy lost when addressing the ball, and that’s a fantastic thing to have in your arsenal.

Also, it still comes with an aerodynamic head, and the carbon crown will reduce weight allowing for faster swing speeds.

But back to the control aspect of your shot as that is where the main focus is with this particular club.

This club does come with an adjustable weight on the back of the head, and that lets you change the trajectory and feel of the driver in an instant. However, it does mean you need to be aware of the difference this can make, and that takes us back to the type of player this club targets.

The weight side of things is key with this club. It is pushed back resulting in a higher flight, and that should also mean an easier launch off the tee.

Of course, that means this is the key component for people struggling to get height on the ball, so if that sounds like you, then this could very well be the answer.

But the weight is also pushed back to make this club very forgiving. It opens up the face, and then you have a huge sweet spot that is brought into contention. With more control over your swing, it means the club face should hit straight on when addressing the ball leading to better accuracy.

So, How Do They Compare?

When you look at both clubs, it becomes clear early on that they share a number of features, but they also have their differences.

In short, the Epic Speed is aimed more at higher handicap players as the club itself is less based on being able to make adjustments, and focuses more on basic speed. However, it is still highly forgiving, which is another thing high handicap players will often need.

On the other hand, the Epic Max focuses on having this skill and ability to play around with your shots, and it gives you the opportunity to do just that. It’s still forgiving, but if you struggle with your speed, then this club may not work out the best for you.

Keep in mind that the Max will lift the ball up off the ground with ease. On the other hand, the Epic Speed will reduce the trajectory slightly, and focus more on the speed aspect to then make a difference with the distance.

Basically, think about your own game and where you have problems to then decide which option is best for you.

Where Do They Fail?

But each club is going to fail in some areas as no club is perfect.

In the case of the Epic Speed, it’s very straightforward in what it does. There’s no messing around and being able to work on that aspect of your game with the Epic Speed. Now, that’s not always a bad thing, but it can be frustrating if you are messing around with spin and then your driver just cannot do it.

On the flip side, if you are new to the game and trying the Epic Max, then it’s impossible for you to really be able to unleash the full potential of the club. To do this, you need to be aware of how to use that adjustable weight and what it then does to your shot.

Being unable to do that will always mean you are falling short of what is possible with this club. That is a real shame, as there is real potential here.

But here’s an important point.

You should know in advance what these clubs are capable of. That is where this review and comparison will help you out. After reading this, there should be no surprises of what could very well happen when you pull this club out of your bag.

So, it’s tough to say which option is best since they are both targeting different players who are perhaps struggling with different aspects of the game. That means it’s best to compare different features to help you come to terms with which one is perhaps best for you.

To help, here are some comparisons.

Overall, the Epic Speed comes out on top simply because of the ease of use. However, if you are the type of player who wants to mess around with your shot selection, then the Epic Max is not going to let you down.