When it comes to your driver, then there’s a lot more to the club than simply the head. Instead, having the correct shaft on your driver will also directly influence how the driver itself will perform.

Here, we will focus on just one shaft, and it’s a good one. The Project X HZRDUS Smoke Blue RDX. It may be a bit of a mouthful with its name, but it’s going to be well worth the investment.

The Project X HZRDUS Smoke Blue RDX shaft is crafted from premium grade carbon fiber, and that means it’s going to be lightweight, and that is something you want on your driver shaft.

At the same time, being constructed from carbon fiber does mean it’s going to be strong and sturdy, so you have the best of both worlds.

But where the Smoke Blue really comes into its own is with its stability. Sure, it has a bit of a kick in the flex, but it’s not something that is out of control, or where your shots start firing all over the fairway.

The Smoke Blue is a bit more refined than the Smoke Black, which is aimed more at those players with an aggressive swing. However, with the Smoke Blue, you have a shaft where there’s a sense of you having more control over events.

In fact, the Smoke Blue is a counterbalanced shaft, and that means the head has a tendency to feel heavier than the tail, and that does take a bit of getting used to for some people.

But this difference in weight between the two ends has resulted in the middle of the shaft coming across as being slightly softer in nature. That in itself is not a bad thing. After all, that’s where the kick will come from in this shaft.

More About the Counterbalance

The counterbalance is the main component of this shaft, so it’s worth adding more information about it.

What you have here is a shaft that is not a uniform weight throughout its length. Being more top heavy, so closer to the grip, it offers more control. At the same time, being lighter at the business end of the club allows the flex and snap in the shaft to have an impact on club head speed.

By increasing club head speed in this way, it means you will generate more power and energy. Ultimately, that leads to better distances.

The Kick and Flex

This shaft has a bit more flex and kick to it than the Smoke Yellow, and it does then change your angle of attack. In this instance, you are looking at the angle increasing, so that also changes the launch angle off the tee.

At the same time, the flex is enough to bump up that swing speed resulting in more energy being created, and that will ultimately lead to better driving distances.

But here’s one thing to keep in mind with the Smoke Blue, you are probably going to lose a little bit of predictability when it comes to your shots. However, you will gain on the distance and speed side of things, so it does come across as being a fair trade to make.

With the Smoke Blue, you are looking at it coming in three different weight classes. It starts off at 60g, and then increases to 70g, and finally 80g.

It’s also worth noting what those weight classes usually mean when it comes to stiffness. Basically, the higher the weight class, the stiffer the shaft is going to get, but that’s nothing unusual.

So while it plays well, there’s also no doubt that this is a shaft that looks amazing. The blue in it will also appear to change color as the light hits it, and this is one seriously good looking shaft.

But it also has a sense of being well-made. It feels strong and sturdy in your hand, and that alone will give you a real sense of confidence off the tee.

This shaft is going to be suitable for people with a slow to average swing speed. It should counteract the drop in speed, which then has an impact on the distances you can achieve.

The shaft will also be good for people that feel other shafts have too much of a kick about them. While the Smoke Blue does still have this, it certainly comes across as being less of an issue.

Sure, if starting out with your golfing adventure, then this shaft may be a bit too advanced in what it can offer. However, if you are more established and looking to up your driving game, then this shaft will help. 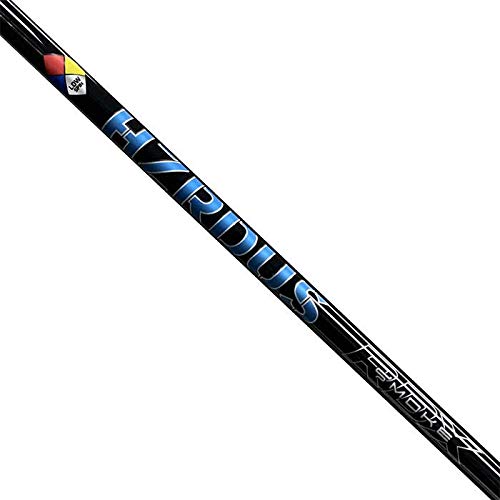 Overall, the Smoke Blue is a wonderful shaft to add to your driver. It may be viewed as more of a premium shaft, but that’s not always a bad thing. In fact, considering the quality of this shaft, it could be a worthwhile investment.

It offers you consistency, an improvement on distances, and more control over your shots. The difference it can make for you off the tee is a major reason why you should give this shaft some serious consideration over the others that are on the market.

Project X produce a number of amazing shafts for drivers, and this is no exception. It does provide you with stability, the chance to have a regular swing, and ultimately it will mean you have more confidence on the tee.

A shaft makes a huge difference to your game, so do spend time considering which one you should have on your driver. The change in your end result will make it all worth your while.