In this review, we are going to focus on just one thing, and that is checking out the Callaway Strata Boom golf balls.

Callaway, as a company, is clearly known for producing quality golf products, and people can often overlook their golf balls. This is a real shame as the products they produce can be excellent, but is that the case with the Strata Boom?

This ball is a 2-piece ball, but perhaps the key here is that it does contain a high-energy core. That is going to have a major impact on how this ball plays, and that can even influence who should be considering using this ball when playing a round.

The aim of this ball is to improve the energy transfer that takes place between club and ball at the point of addressing it. A drop in energy during this stage leads to shorter distances, and you can also lose some control over the ball at the same time.

Even a small drop in energy can result in a significant number of yards being lost, and that is not something that Callaway wants to happen here.

The core of this ball is also specifically designed to make it easier to produce a high degree of spin on your shots. That is where the control aspect comes into play, and that should result in you having a better understand of where your ball is going.

Overall, this ball appears to tackle a number of core issues with general shots, and it does appear to achieve this relatively well.

The Feel of the Ball

The feel you get from a golf ball is more important than a number of players realize. However, the Strata Boom is capable of delivering a significant amount of feel to your shots, and that will allow some individuals to really get to work on their game.

This feel is all due to the highly durable outer cover that comes with the balls. This cover is built to last, and it does reduce the chances of different scuffs and gouges happening to your ball throughout the round that you may not have even noticed.

So, the Strata Boom will not interfere with your game thanks to its durability and ability to withstand a whole lot of punishment without being damaged as easily as other balls.

Instead, it is believed by Callaway that it will lead to better alignment with your shots, and in particular your putts. They also state that it gives the player something to focus on with their shot, and considering focus plays a substantial role in things, it’s an interesting concept that should, on paper, really work.

However, that should not be the main reason why you would consider investing in these balls.

In general, this ball plays and performs exceptionally well. It takes core aspects of the game and seeks to partly correct issues that people tend to have, and this is something that it does achieve.

By making the ball relatively compact, and with a high-energy core, it does make a noticeable difference to ball speed and distance. You will see a difference with both driver and iron shots alike.

But the problem is often this issue of spin. People tend to think negatively about spin when they are struggling with their game, but this ball allows spin to be produced in a controlled manner.

Who is This Ball for?

Callaway has made it clear that this ball is not designed for a specific group of players. Instead, they see it as being pretty all-encompassing, and that’s a good thing.

The reason why they say this is due to the way in which it tackles common issues and tries to help with correcting them. It doesn’t claim to be capable of completely changing your approach, and that’s because they don’t believe that this has to be the case.

People new to the game will also be needing some extra yardage on their shots, so this ball will help.

People struggling with power need there to be less of a drop in that energy being transferred between club and ball, so this ball will help.

People who need more control over their shots will also then find that this ball can help.

As you can see, it does cover various core areas, and that is a good reason why you cannot afford to just ignore what this ball is offering to you. 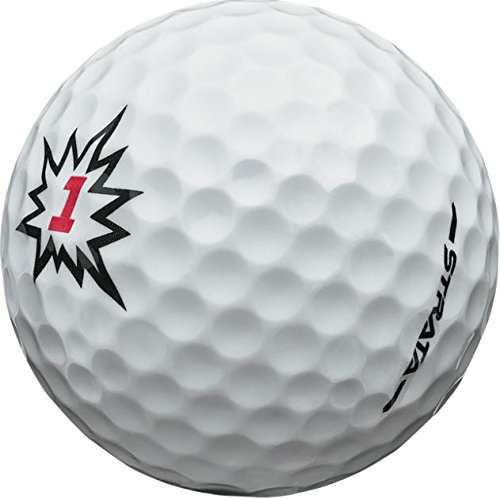 This ball is surprisingly impressive, and you should be able to see a slight difference on your yardage if you are able to make that clean connection.

It will push your shots out there as it does deliver on its promises. This ball increases speed, yardage, and the degree of spin. However, don’t be afraid of the spin aspect as it’s used to bolster both of those earlier points rather than something that will make you lose control.

Callaway has been able to produce another amazing golf ball, and while it may not have the most appealing of names, you should look beyond that name and see what it can offer.

When you do this, you will see how it could be highly beneficial to your game, and that applies no matter the level you find yourself at.