So the question we will look at trying to answer here is which club you should choose between the TaylorMade P790 and the Ping i500.

Now, both clubs are irons, and they are wonderful clubs to have in your bag, but that does mean it’s harder to make your decision between the two. So, what should you expect with either option? 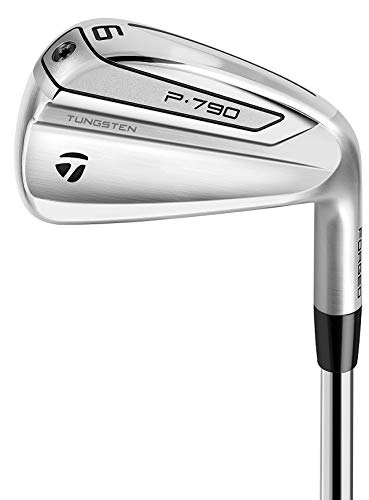 The TaylorMade P790 iron set has a forged hollow body construction where there is a real emphasis on trying to improve speed and accuracy with your shots.

There’s little doubt that this club comes across as giving you a substantial amount of feel with your shots, and that’s pretty cool. It also delivers a reasonable level of feedback with your shots, so it lets you know what is going on letting you change your game accordingly.

TaylorMade has also focused on the speed aspect as well. It seeks to reduce the amount of speed and power that can be lost in the transfer stage from swing to addressing the ball, and it does this very well indeed.

Overall, this club is forgiving, gives that feedback, and thanks to the speed technology it does mean this can turn into a distance iron

The Ping i500 iron has been around for less time than the TaylorMade P790, but that isn’t a bad thing.

What you get here are irons that come with variable thickness on the face, and that is going to increase the level of forgiveness that comes with this club. It means you can hit off the edge of the face, and it should still be able to help you out.

But this has another way in which it influences your shot, and it’s connected to the speed issue. You will quickly discover that the speed of the ball off the face of this club is substantially higher than you would expect from Ping irons.

That is something you need to take into consideration, and that is especially true when speed is not a problem in your shots.

Overall, these irons are fast, deliver more power, and are also highly forgiving, so they are a decent attempt at trying to match what is on offer from the likes of TaylorMade.

But let’s compare the two to help you to work out which option is best for your game.

When it comes to performance, then both options are pretty good at what they can offer. However, there is a difference in what they are hoping to achieve.

The Ping i500 does focus more on speed and the way in which the ball will fly off the face. It is aimed more at the lower handicap, so there’s a need to be able to really manipulate the ball rather than just leaving it all up to the club.

This is different to the P790. There, it’s all about control with the ability to hit your iron shots over impressive distances coming in second.

Yes, the P790 does still perform well when it comes to speed and power, but it’s certainly more about you maintaining control over your shots.

For forgiveness, then the i500 does win, but it’s a close run thing.

Both irons allow you to hit off the edge of the club without the iron then punishing you as a result, but the difference in CoG and the overall balance of the club is where there’s a difference between the i500 and P790.

It just feels as if you can really let go with the i500, and the club will still be there supporting you, and that’s an impressive thing to have in your arsenal.

When it comes to feel and feedback, then the P790 wins. It makes a great sound when you address the ball, and that sound will tell you everything you need to know about your game in general.

Both do provide a certain amount of feedback, but the P790 is certainly clearer when it comes to letting you know all about the shot you just played.

Both the P790 and i500 are capable of allowing you to hit your irons over impressive distances, but there’s one major difference between the two to be aware of.

In general, the P790 just feels as if it gives you more control with your shots as opposed to the i500. That’s not to say that the i500 means you are playing some wayward shots, that’s not the case, but it goes back to the feedback point mentioned earlier.

Who are They For?

Both irons are more for mid to low handicap players, but the P790 is slightly more forgiving, so that should be the one you go for if struggling with your game.

This is a real close-run thing, and it only comes down to a couple of points that will really make the difference between these two irons.

Basically, it all depends on what you want in your game. If you want sheer power, and have a great deal of control over your shots, then the i500 is best. However, if you want control and feedback, then the P790 reigns.

Overall, either iron will work well, but if we had to give a win to one club, then it has to be the P790 just because of the info it gives back to you and your shots.