Tour Edge is a name that most players will be familiar with, and there’s no doubt they are capable of producing quality clubs without setting the price too high.

In this instance, we are going to focus on just one single set, and that’s the Tour Edge Bazooka 470. We are going to look at what it offers you as a set, and also what you should expect to get out of it as well.

So, on with the review.

This set comes with a driver, 3-wood, 5-wood, 4&5 hybrid, Irons from 6 down to a Sand Wedge, putter, and bag. Basically, they have you covered for every eventuality in this single set.

But then there’s also what this set offers you from a playing perspective, and what you see is that this set focuses on a very particular group of players.

The first thing you will notice is that the driver, which has a 460cc head, is highly forgiving. However, this sense of clubs being forgiving is prominent across the entire set.

The clubs come with an optimal CoG, and the idea here is that Tour Edge has opened the clubs up to increase the size of the sweet spot. Their aim is for you to feel you can just let rip with the clubs, and they won’t then let you down.

But one important point about the shaft. You will have a graphite shaft on the driver and woods while the irons only come with a stainless steel shaft. Once again, that does point toward these clubs being targets more at the beginner rather than a player looking for some variety. 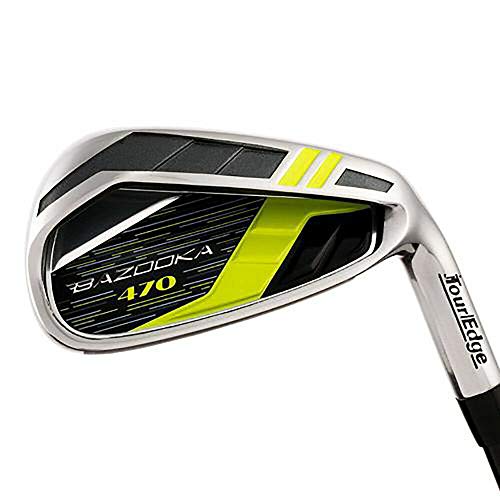 Speaking of the irons, people often stress about these clubs in sets, but in this instance Tour Edge has gone with irons that won’t complicate matters.

They come with a wide sole, and that means better interaction between ground and the club. It should result in smoother movement, and a better connection overall.

The idea here is that the irons are going to end up being easier to hit as a result. That’s huge and makes a massive difference to your ability to pull off even normal shots. Considering the set is aimed more at people starting out, then anything that is capable of making a difference in this way is welcomed. 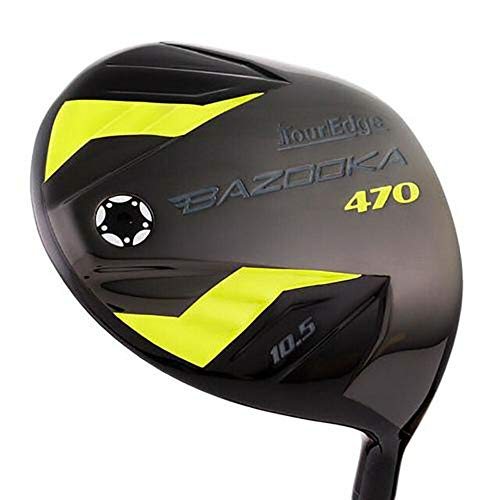 A quick word about the woods in this set. Both the 3 and 5 wood comes with a slight offset to the face. That is going to prove to be somewhat helpful since most players starting out may need that help to get the ball back down the fairway.

The odds of you hitting a straight shot with these woods will certainly be higher than you would get elsewhere.

But onto another important point, and it’s the weighting. In general, these clubs will feel lighter than you may expect, but that’s going to boost the swing speed, which is another bonus.

By reducing the weight, it means you should swing the club faster and achieve more power leading to better distance. This is especially key off the tee, and it means beginners can focus more on improving their swing rather than worrying about distance.

So how well do the clubs play? Well, they are relatively consistent, and that’s a huge bonus. Also, these clubs do not try to do anything too fancy or elaborate, and that’s a great thing.

Actually, for people starting out in the game, this set is going to provide pretty much everything you need. It allows you to let rip with your shots, especially with the driver and woods, while you feel safe in the knowledge that the clubs are on your side.

Like we said, these clubs do not go in for allowing you to manipulate your shot or play around with spin as you can do with others. However, considering the market they are aimed at, this is not something you would be doing anyway.

Basically, that’s not a deal-breaker for us. Instead, it does the basics, and it does them exceptionally well, and that’s the impressive thing for us when it comes to this set.

These clubs are aimed at a specific type of player, and it’s those individuals starting out in the game. This is obvious for several reasons.

First, there’s the sweet spot and the fact the set is highly forgiving. It just lets you focus on trying to develop your swing as opposed to worrying about how the club will interact with the ball.

Next, there’s the flexibility in the shaft. The set doesn’t really focus too much on flexibility and the ability to manipulate your shot. Instead, it concentrates on just allowing you to hit the ball, and then the forgiveness is factored into the end result. 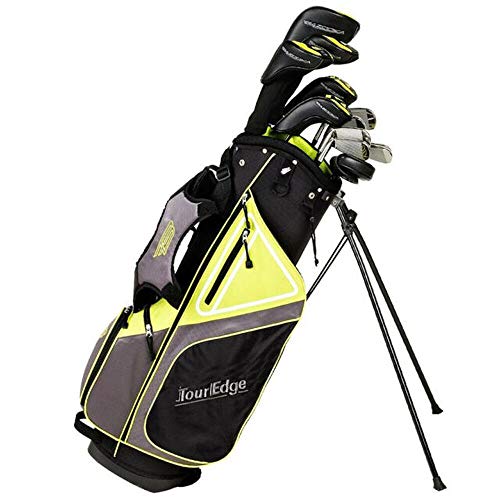 Overall, the Tour Edge Bazooka 470 is a wonderful set of clubs, and they have to be one of the best out there for people starting off in the game. Also, even if your handicap is improving, then this set should last until you move into the mid-handicap range.

They have so much to offer individuals starting out with the game. The sweet spot, forgiveness and ease with which you can hit the ball is also something you cannot overlook. In fact, for a set of clubs aimed at people starting out, this is a pretty impressive set.